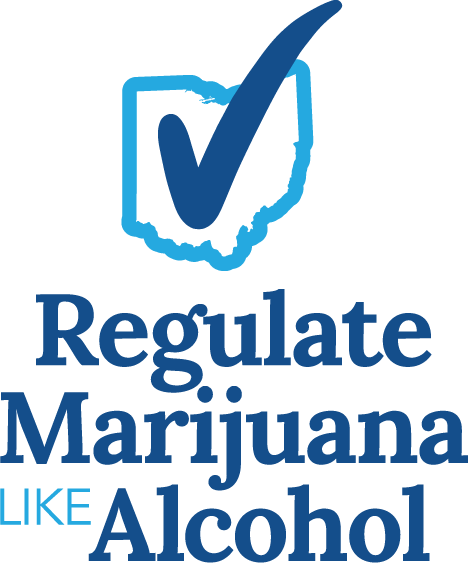 The Campaign to Regulate Marijuana Like Alcohol is an Ohio ballot issue committee supporting a ballot initiative that will legalize marijuana for adults in Ohio 21 years of age and older. The Amendment we are supporting will and create a framework to tax and regulate cannabis similarly to alcohol. The Campaign is being supported by both medical patients and the business community as a means to improve access to patients while also recognizing that prohibition is not an effective method of dealing with recreational cannabis use.

The Amendment was written by both policy experts as well as grassroots advocates. The language is based on best practices from other states that have legalized marijuana for adults. The Campaign will need to gather approximately 443,000 signatures in order to appear on the ballot in November. You can read the full text of the initiative here.

Our campaign is working tirelessly to gather signatures and educate voters about the benefits of legalization and the harmful consequences of prohibition. You can support this critically important effort by making a contribution today. The time has finally come for Ohio to step into the future and right the wrongs of cannabis criminalization.3

Why is this Important?

According to numerous national polls, more than 60% of Americans support legalizing marijuana for adults’ use. Eleven states and Washington, D.C. have legalized marijuana for individuals over 21, and 10 of those states have approved taking cannabis production and sales away from the criminal market and allowed licensed, commercial industries to exist. Legalizing and regulating marijuana for adults has generated hundreds of millions of dollars in new tax revenue and created tens of thousands of jobs. It has also displaced the criminal market and freed up law enforcement resources to focus on serious crime. Meanwhile, teenagers’ marijuana use rates haven’t increased, and voter support has grown.

The truth is that marijuana is widely used in a manner quite similar to alcohol. Most adults consume it while socializing with friends or relaxing after work. And while some consume it for its medical benefits, others use it for therapeutic purposes. For example, some consume it to alleviate arthritis, relieve a migraine, or because it helps them fall asleep and get a good night’s rest.

Compared to alcohol, marijuana is substantially less harmful. Thousands of people die from alcohol use every year. Nobody dies from marijuana use. The U.S. Centers for Disease Control and Prevention (CDC) reports that more than 30,000 annual U.S. deaths are attributed to the health effects of alcohol (i.e. this figure does not include accidental deaths). On the other hand, the CDC does not even have a category for deaths caused by the health effects of marijuana. A study published in Scientific Reports in January 2015 found that the mortality risk associated with marijuana was approximately 114 times less than that of alcohol.

There has never been a fatal marijuana overdose. The official publication of the Scientific Research Society, American Scientist, reported that alcohol is one of the most toxic drugs and using just 10 times what one would use to get the desired effect could lead to death. Marijuana is one of – if not the – least toxic drugs, requiring thousands of times the dose one would use to get the desired effect to lead to death. This “thousands of times” is actually theoretical, since there has never been a case of an individual dying from a marijuana overdose. Meanwhile, the CDC attributes more than 1,600 U.S. deaths per year to alcohol poisoning.

“Marijuana in its natural form is one of the safest therapeutically active substances known to man. By any measure of rational analysis marijuana can be safely used within a supervised routine of medical care. … It would be unreasonable, arbitrary and capricious for DEA to continue to stand between those sufferers and the benefits of this substance in light of the evidence in this record.”